Fifth graders did an incredible job drawing these African animals and the background patterns. This is a particularly engaged and focused class, and I had a feeling that these would turn out beautifully. They did not disappoint!

First, the students researched African animals and their significance in African art on the webpage of the National Museum of African Art. Then, they chose their animals and spent several weeks creating drafts of drawings. Finally, they used sharpie to outline and marker or colored pencil to color them in.  They also created an artist statement for their pieces. 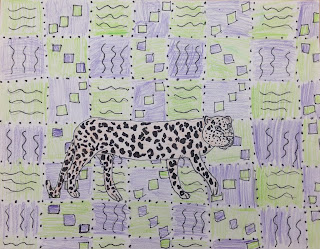 I chose the leopard because I think it's cool and it also has a great meaning in African art. The animal means: leadership, royalty, intelligence, and invincibility. 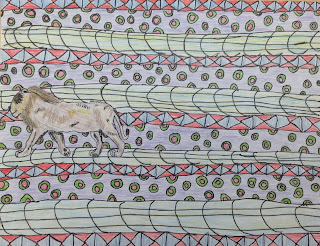 Why do you like this animal?    Because I like cats and lions are like big cats.
What can this animal mean in African art?  It means war, hunting, royal power, Harry Potter's house flag! 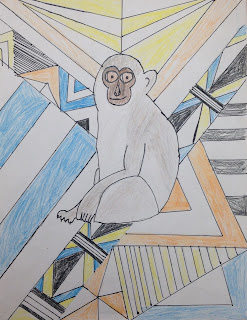 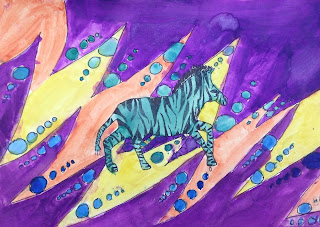 I chose to do a zebra because not one zebra has the same stripe. I think that represents how everyone is different. 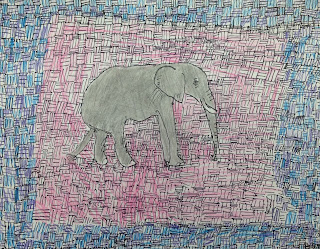 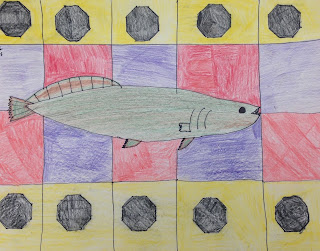 The Mudfish symbolizes magical rebirth, protection, and transformation. I choose the mudfish because I like to be in the water and I love swimming. 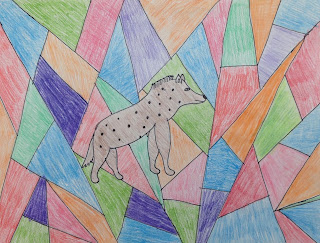 I chose a hyena because they are wild and they run free and I think that represents me. In African art a hyena means protection. It is also said that it hunts down the bad spirits. 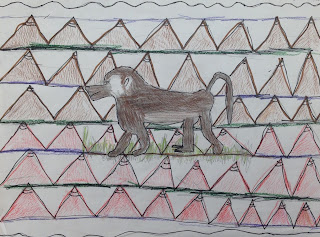 The baboon symbolizes initiation,healing,hunting and death. I chose this animal because I like baboons and carnivores. 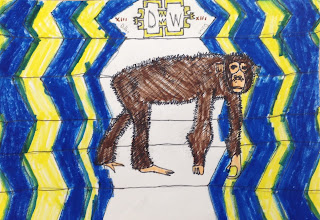 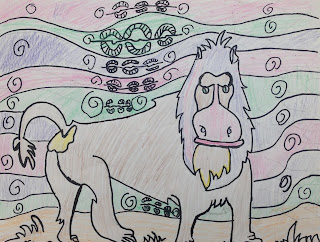 Baboon: Symbol of Initation, Healing, Hunting, and Death. I choose a baboon because I love monkeys they’re my favorite animal and they have crazy hair! 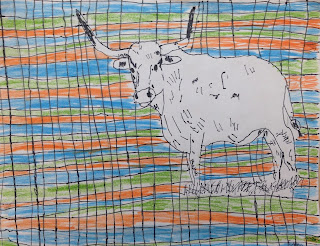 Buffalos are symbols of leadership, hunting, duplicity, and strength
Buffalos are known to ambush people but they are usually peaceful.
They are both gentle and aggressive animals. I picked it because I love buffalos. 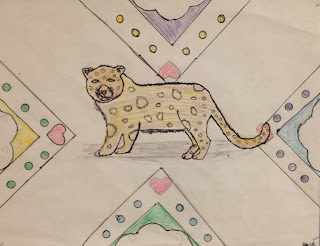 This is a leopard. It is a symbol of leadership,royalty, invincibility,intelligence 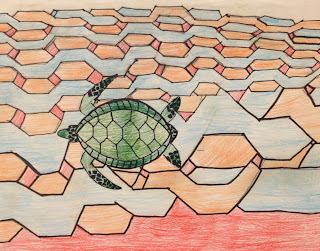 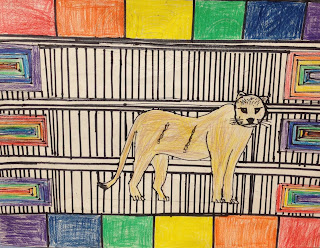 The lion stands for royalty, warriers, and hunting.
I choose this animal because when I think of Africa I think of lions. 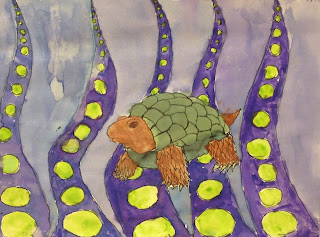 I chose a turtle because turtles are my favorite animal. I also chose a turtles represent independence and I like to be independent.
Posted by Mrs. Smiley at 11:48 AM No comments:

As part of their African art unit. 6th graders watched a wonderful video from the Museum of Folk Art in Santa Fe. The video, Recycled and Re-seen, features artists from around the world using recycled materials in their artwork, including steel drums in the Caribbean and "pants quilts" made in Texas. One segment features artists Senegal creating metal sculptures and toys from recycled metal including tin sheeting and aluminum cans.  One man, Assane Faye, spoke about how making a living as an artist gives him dignity. The important point I wanted to make with the students is that recycling and repurposing is not just a trendy thing, and not just a way to save the earth; for many people around the world, it is a way to provide for themselves and to change their lives. We had a great class discussion about this, and I was happy to see the students moved by the narratives.

We took a closer look at some sculptures made with cans and metal sheeting, then I showed them a contemporary artist's twist on the repurposing theme. French artist Didier Triglia creates fantastic can sculptures, and the students were excited and inspired. 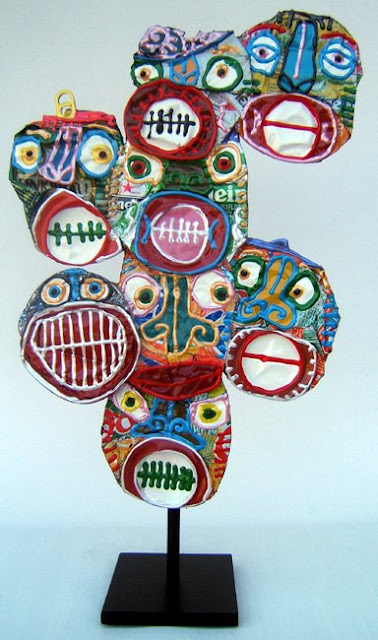 The students were so excited to create their own work. To add spontaneity to the work, they held off on sketching their ideas until after they had crushed their cans. I encouraged them to look closely at the unique shape created in the crushing process, and to try to see how it spoke to them. From animals, to zombies, to super heroes, no two cans turned out the same. This was my first time doing the project, and this lesson is a keeper for sure! 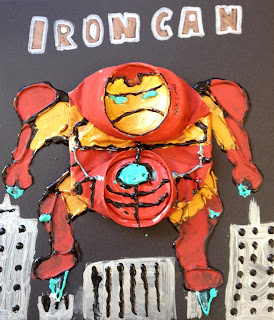 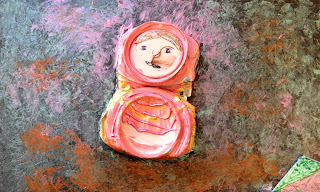 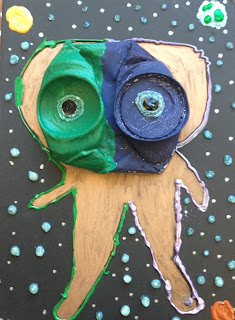 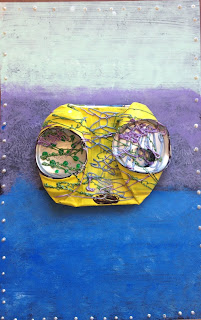 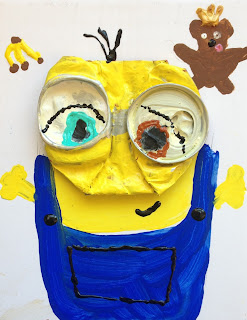 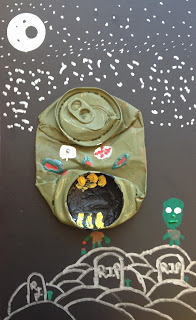 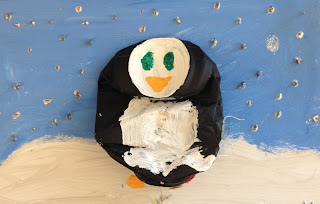 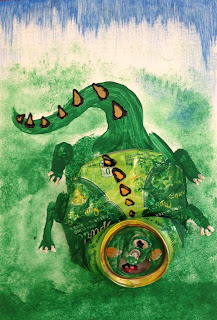 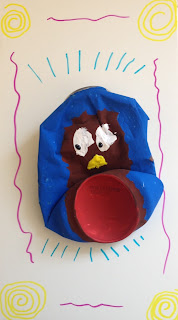 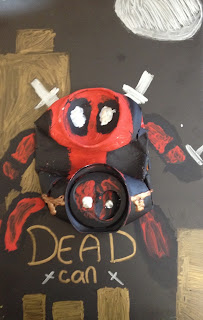