In fifth grade, the students receive sketchbooks that they use throughout eighth grade. Through the years, I emphasize that the sketchbook is a great place to experiment, take risks, and even make mistakes. Many students enjoy taking their sketchbooks out to recess or on vacations. Every year, students do a "Sketchbook Makeover" activity where they personalize the covers. Here are some of this year's unique examples! 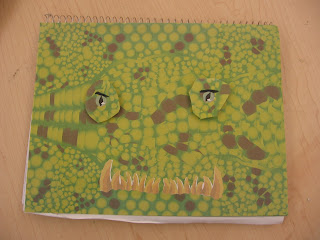 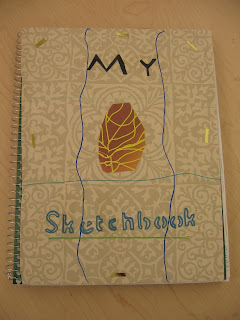 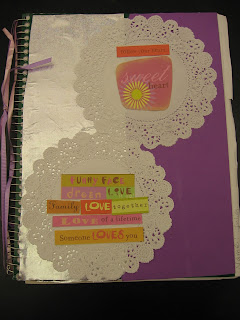 Kindergarteners created self-portrait collages during the second week of school. We looked at self portraits by Van Gogh and Andy Warhol, and then explored collages by Matisse. We discussed shapes, cutting techniques, and color choices. Here are some of the adorable results! I am really admiring the great level of detail they used. 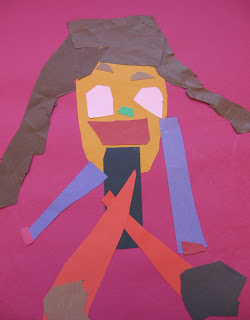 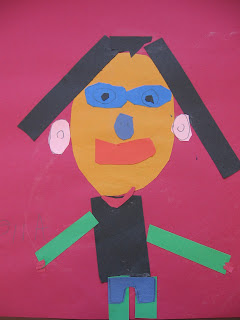 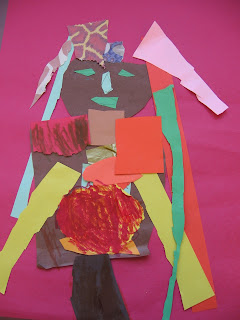 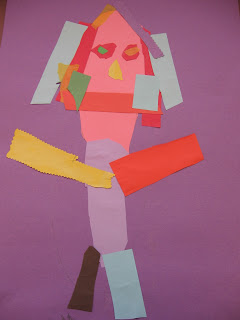 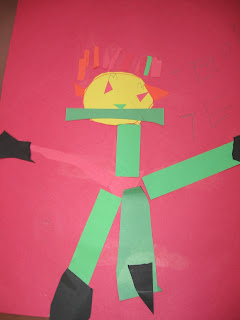 The Moodle is Launched!

This week, fourth graders will begin using the Art Room Moodle, an interactive online forum where they can look at works of art and make comments and observations. The works of art that they discuss connect to curriculum activities. Currently, they are creating prints in the spirit of African cloths. Here are some of the cloths they have explored on the Moodle! 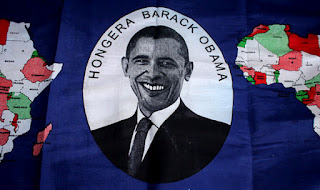 This is a kanga cloth from Tanzania. The language is Swahili. Traditionally, the kangas have a blessing or a message. The Swahili text on this Tanzanian kanga reads, "Hongera (Congratulations) Barack Obama" and "Upendo Na Amani Ametujalia Mungu" (God has blessed us with peace and love).

This week in our discussion forum, fourth graders will answer the following question:
If you were to make a kanga about an important event in your life, who would be in the picture and what would the message say?
In a previous Moodle assignment, fourth graders compared two cloths, one from the Ndebele people of South Africa and one from the Shoowa people of the Democratic Republic of Congo.  They noticed that both had geometric patterns, but that they had very different color schemes and shapes. 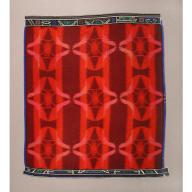 Women create these distinctive and beautiful fabrics with beadwork and mural paintings. Beadwork is used primarily for women's ceremonial garments, including dramatic garments like this ceremonial beaded blanket. The Ndebele only choose striped or red patterned blankets for beading. New strips are added for special occasions. In the late 1800s the artists used mostly white beads, but by the 1970s the Ndebele showed an increasing preference for darker colors--blue, green, purple and black--and larger beads.
The fourth graders compared and contrasted this with a Shoowa cloth: 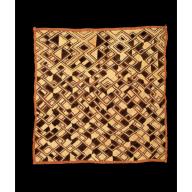 This is a cloth made of raffia fiber. Men soften grass fibers for weaving by kneading, rubbing, and beating. The decorative patterns are embroidered, or sewn on by women. According to the Smithsonian Museum of African Art, where this weaving is found, it was probably made in the 1980's.