First graders at The Rashi School learned how to create pumpkins with three dimensionality by using curved lines with directionality.  We observed the lines on a photo of a pumpkin, and I traced a projected image onto the board so the could see where and how the lines curved. They created the lines with oil pastel, then smoothed on watercolor paint. 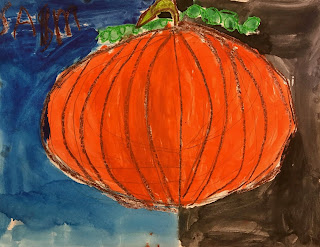 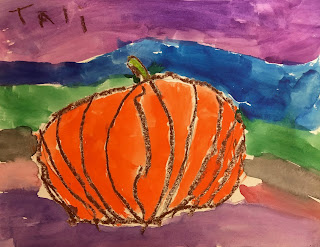 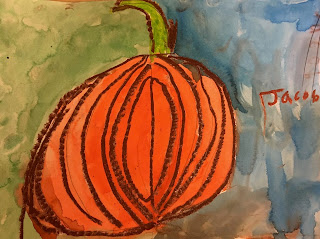 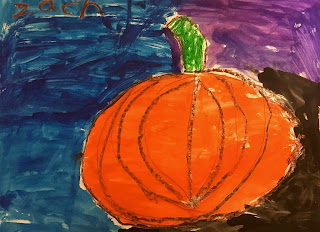 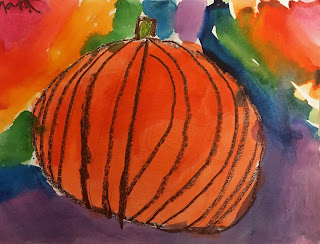 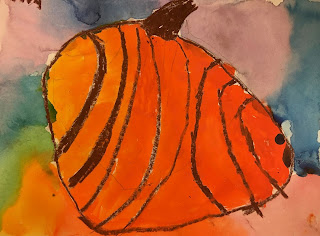 As part of a unit on texture, third graders created these texture paintings. First, they glued found objects onto cardboard. Then, they used acrylic paint to create their colorful designs. In the introduction to this lesson, they learned about three artists: Louise Nevelson, Thornton Dial, and James Hampton.

Nevelson was an American artist who used wood and cardboard to create her sculptures. She usually painted them in one color, or monochrome: 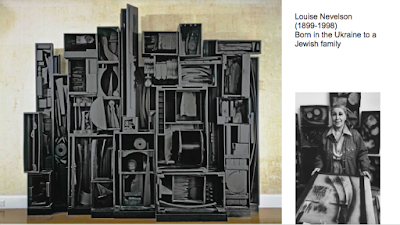 Thornton Dial lived in the American South during segregated times. He had to drop out of school to work and help his family. In his spare time, he created sculptures from found objects. 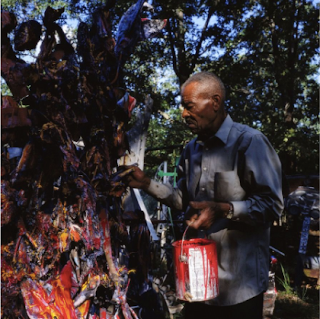 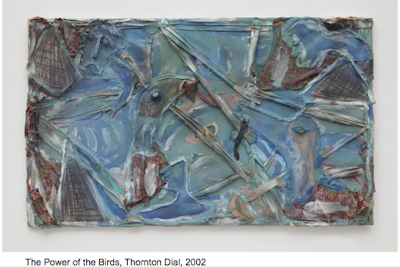 James Hampton was a janitor in Washington, D.C. Upon his death, it was discovered that he had spent years creating a giant throne out of found objects and aluminum foil in a rented garage. Today, it's in the Smithsonian Museum! 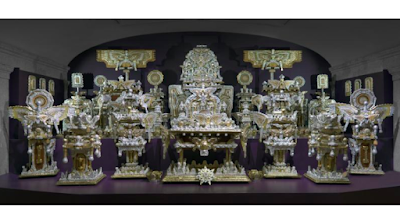 Here are .the third grade works inspired by these artists: 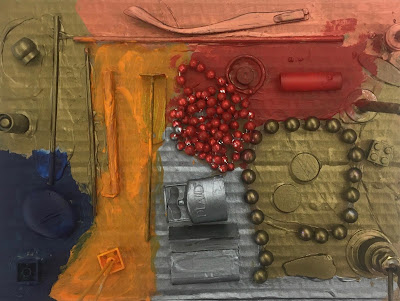 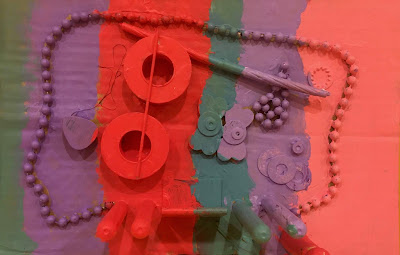 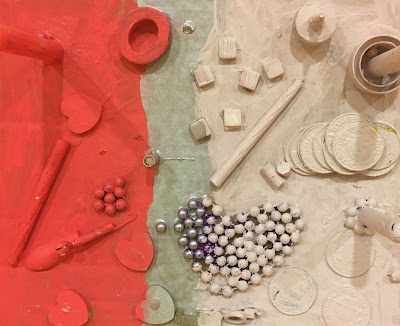 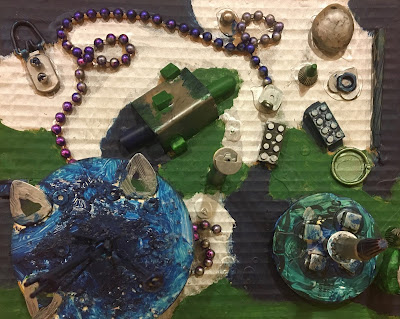 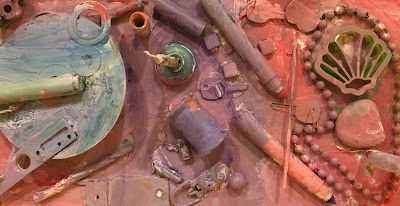 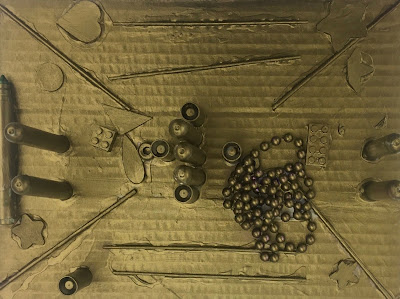 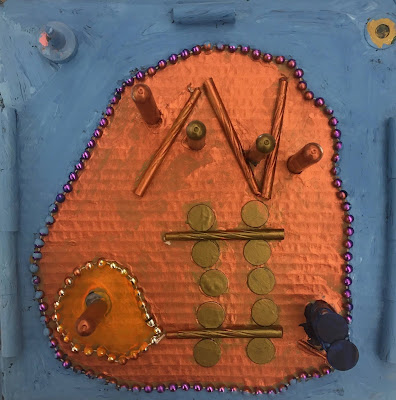 Kindergarteners observed and discussed two paintings of cows. One was realistic and one was Expressionist. We discussed how, a long time ago, people expected art to look realistic- but then artists started to take big risks and to change shapes and colors in their work.  Some of these artists called themselves Expressionists, because they used color as one way of expressing their feelings through their art.

I demonstrated how to use different shapes to draw an animal, and they drew with pencil, then outlined in black paint. Finally, they used bright colors to create their Expressionist animals. 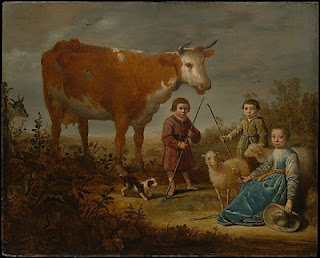 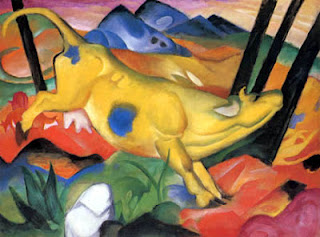 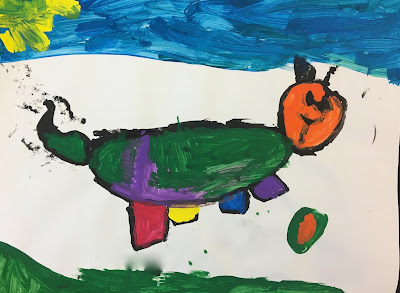 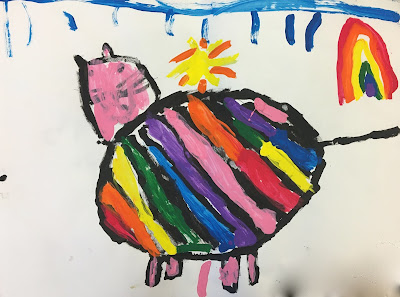 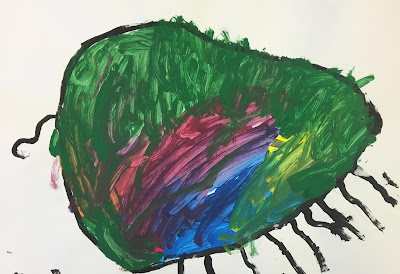 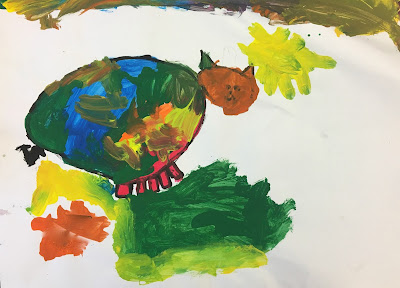 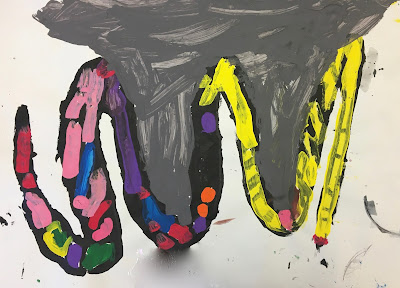