Kindergarteners learned about the Passover story and the symbolism of the different items on the seder plate. Then, they used Sculpey polymer clay to create the seder plate items such as the egg, the bone, the bitter herb, and the parsley. Then, they used tissue paper and mod podge to decorate their plates. Mod podge is a glue that has a funky smell that some people love and others- not so much. As a result, we called this project "stinky art day!" 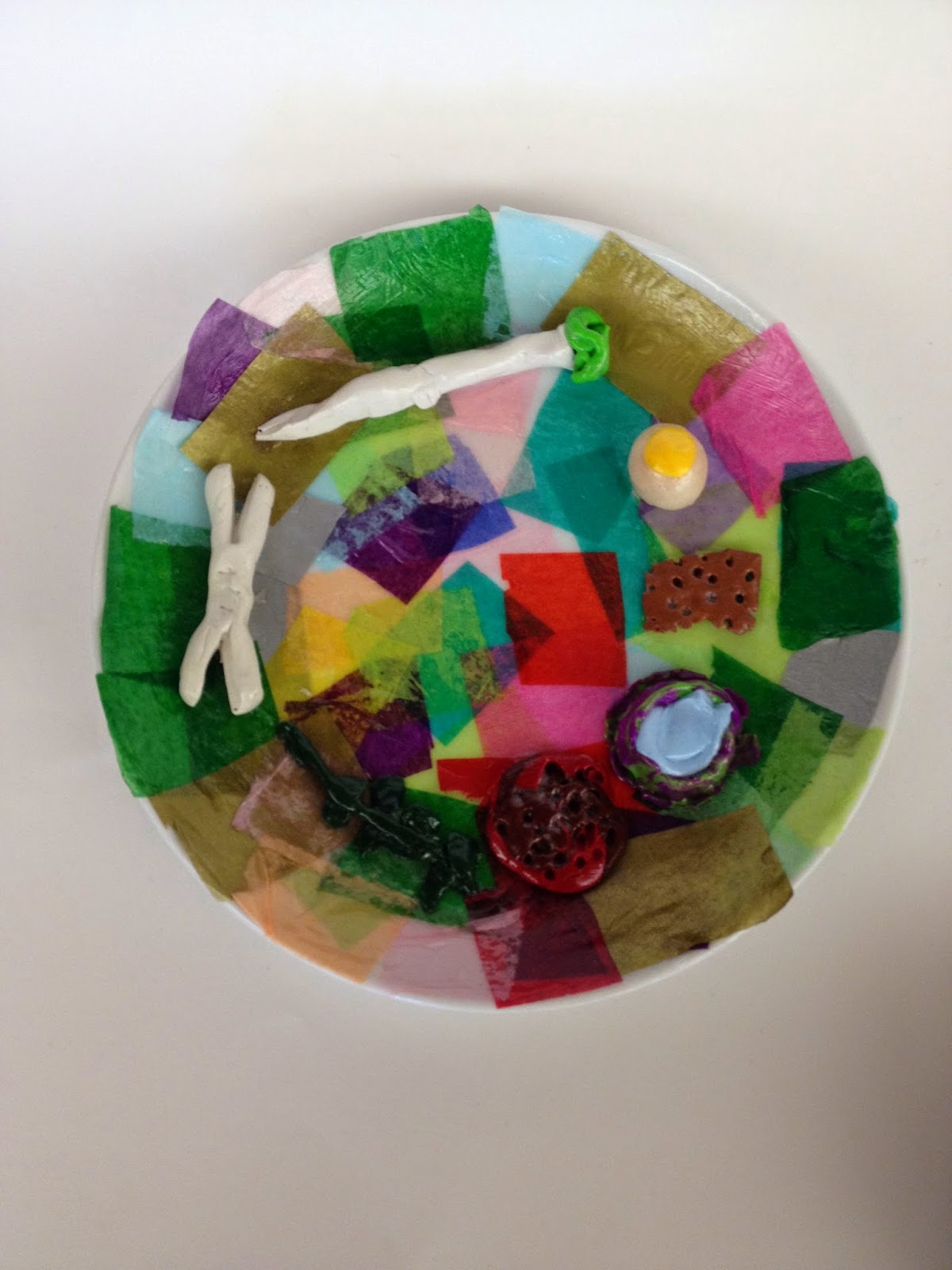 First graders used mod podge and tissue paper on ceramic plates to create these colorful saltwater bowls. The saltwater symbolizes the tears of the Jews when they were slaves in Egypt. 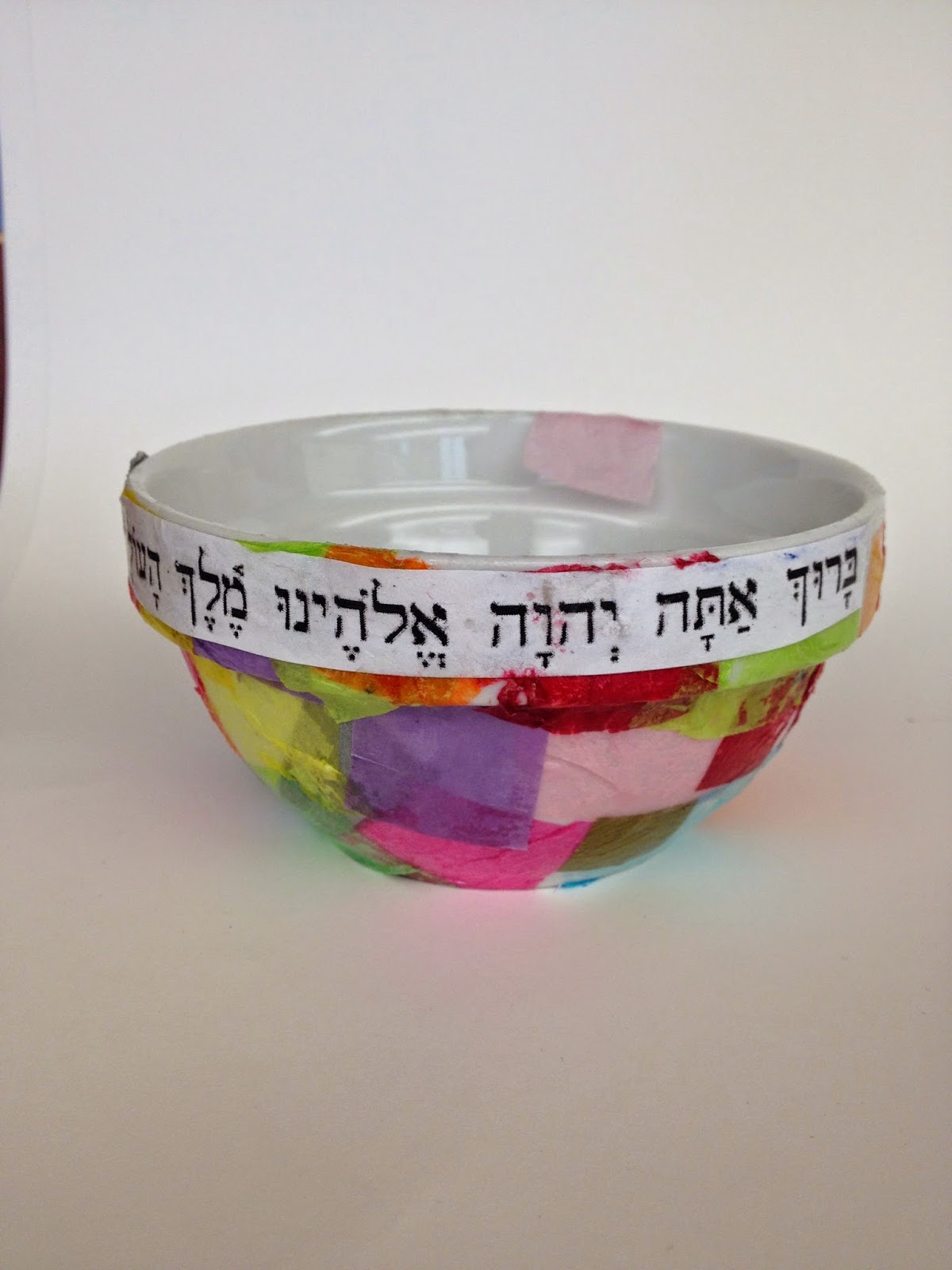 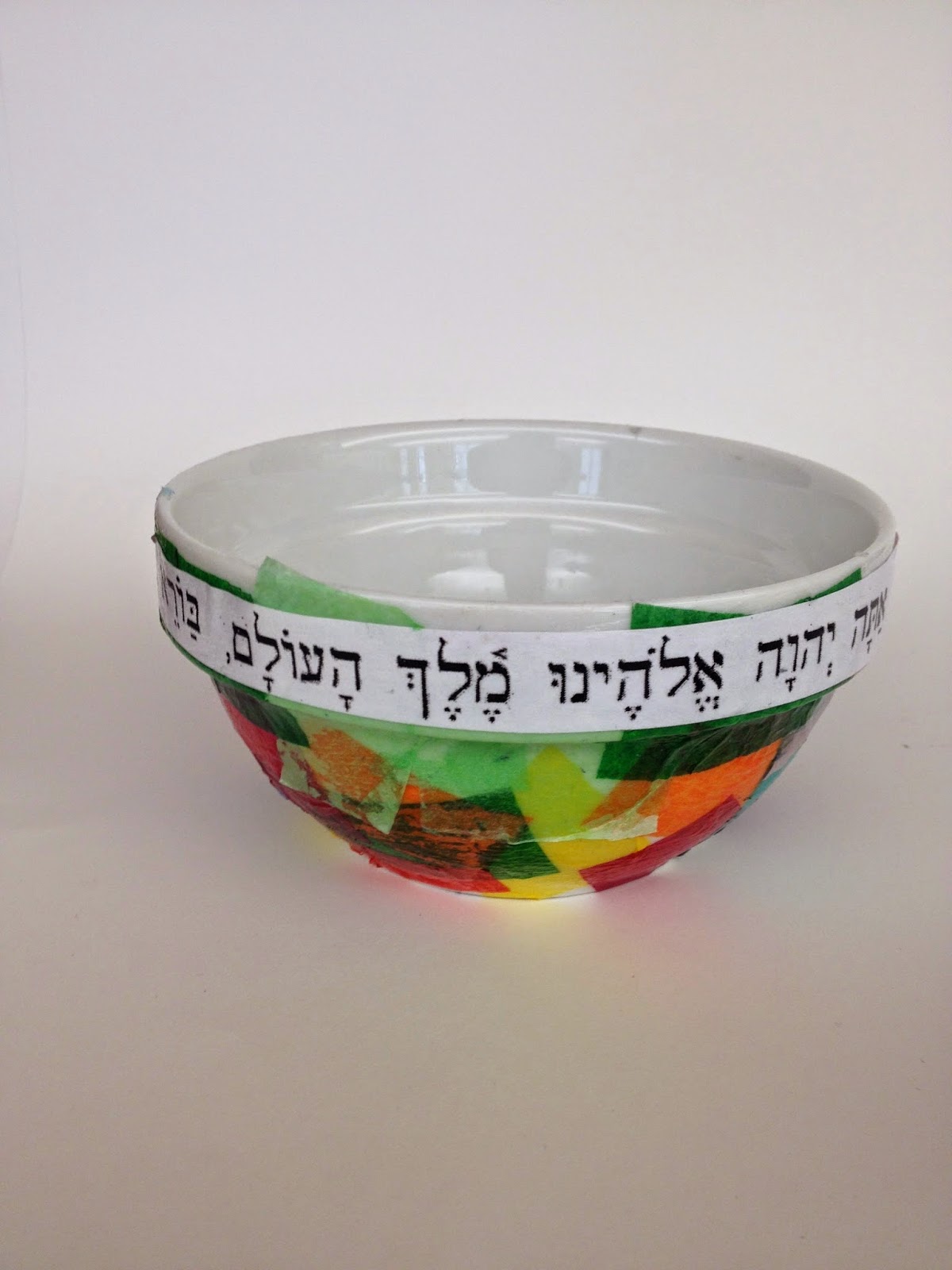 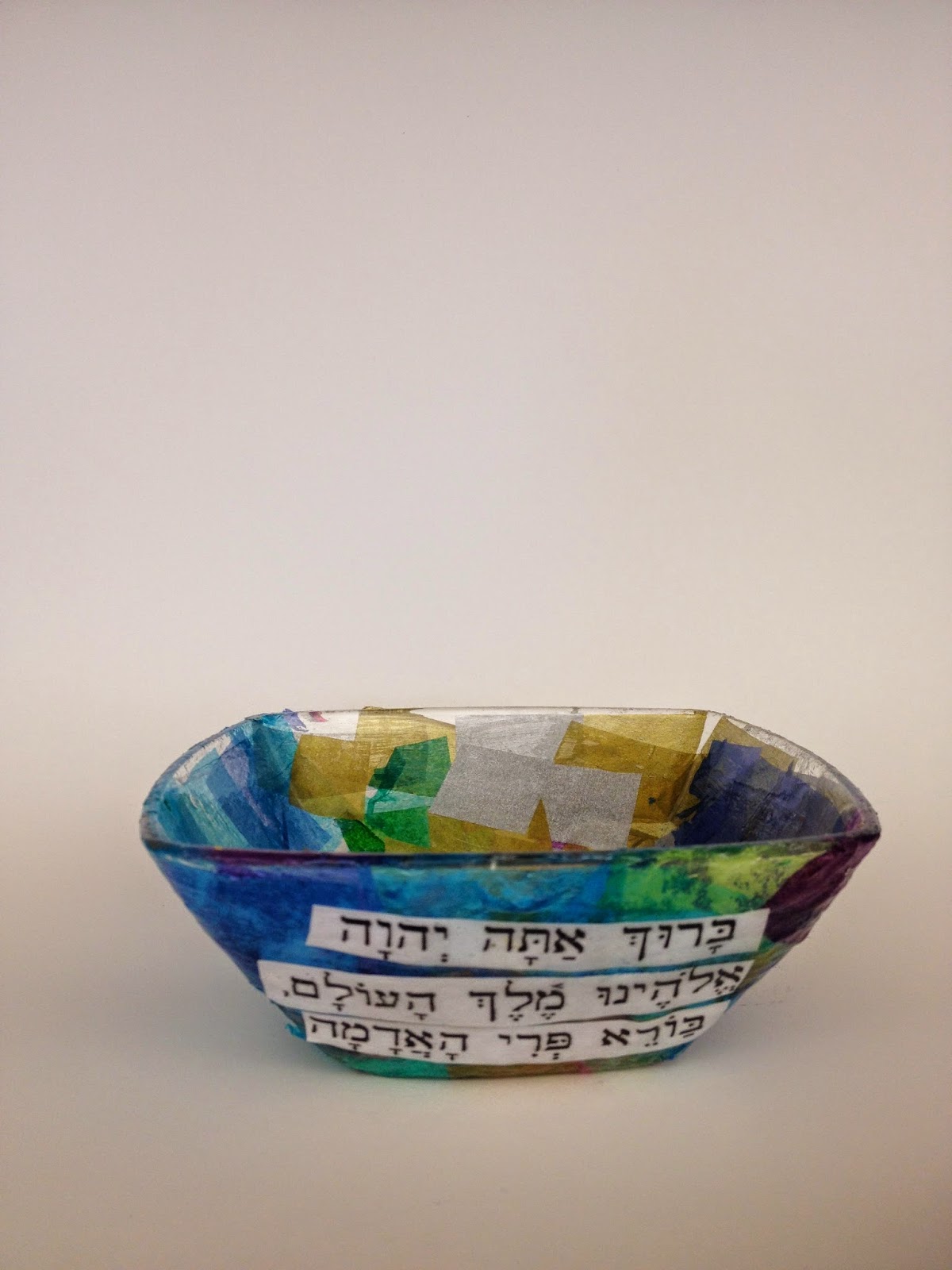 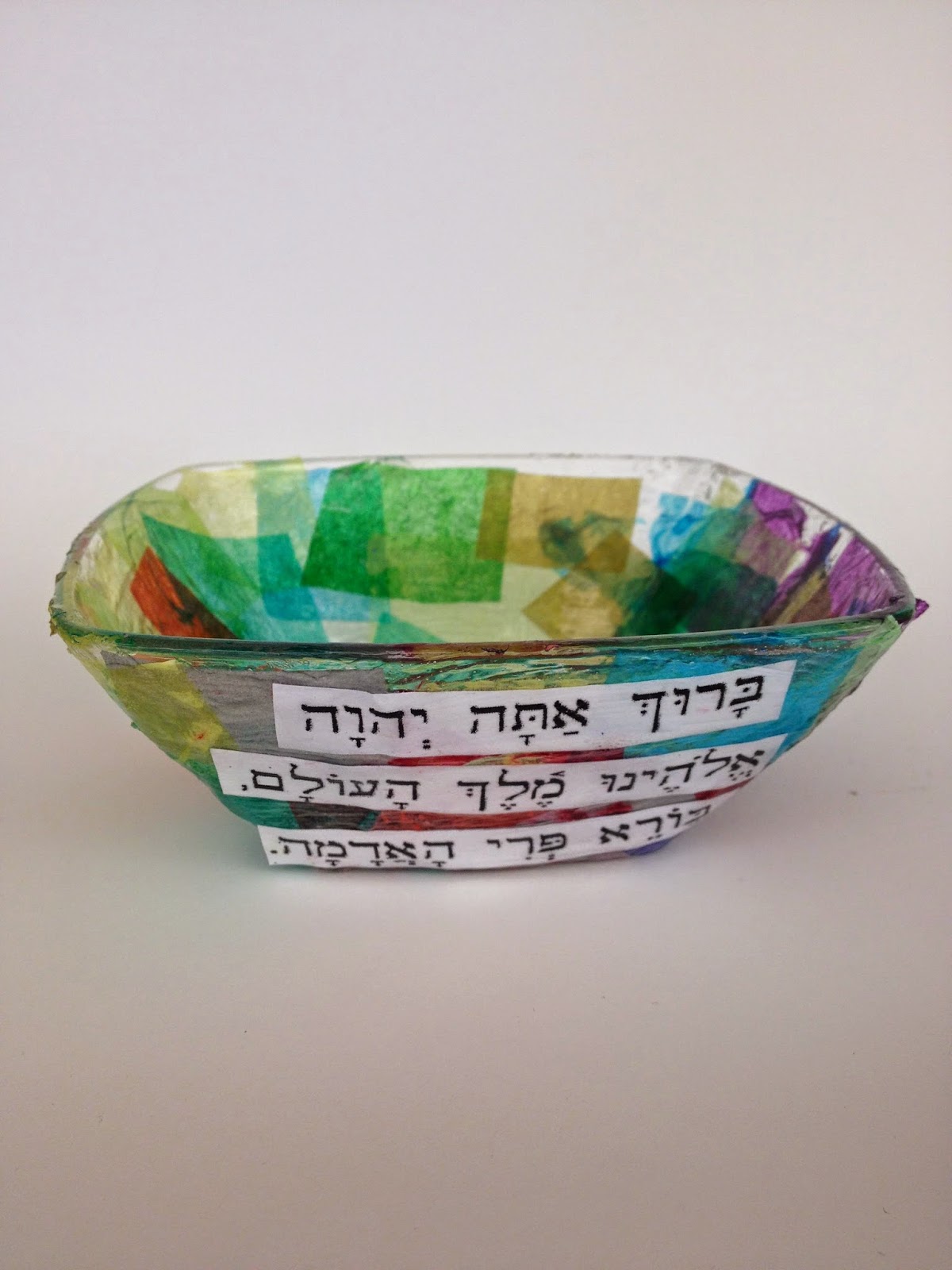 Third Grade Passover Pillows
There is a tradition of reclining at the seder table so that you can appreciate your comfort in contrast with the discomfort of the Jews in slavery in Egypt.  These pillows help you do just that! Third graders drew, sewed, and stuffed their pillows. 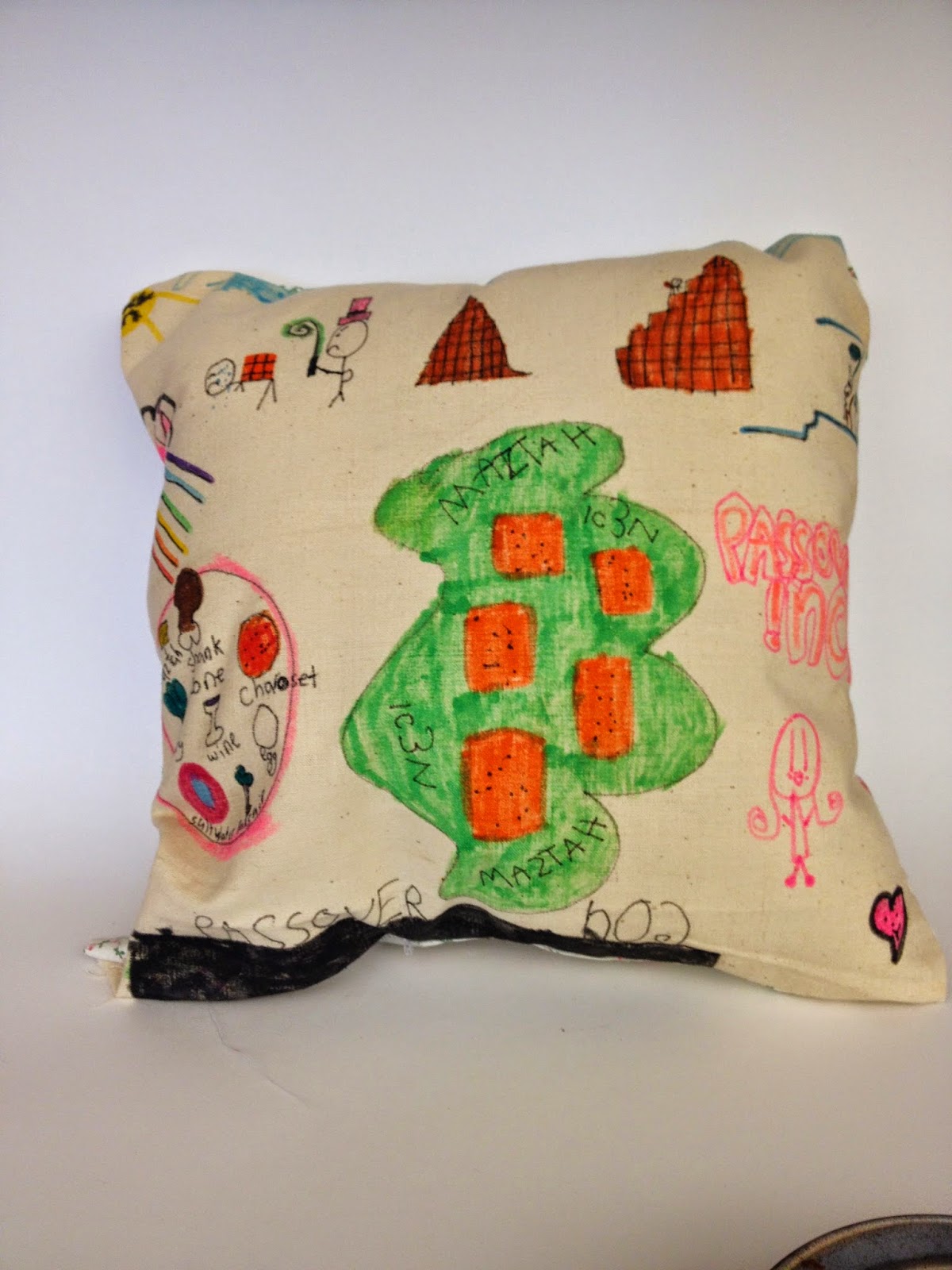 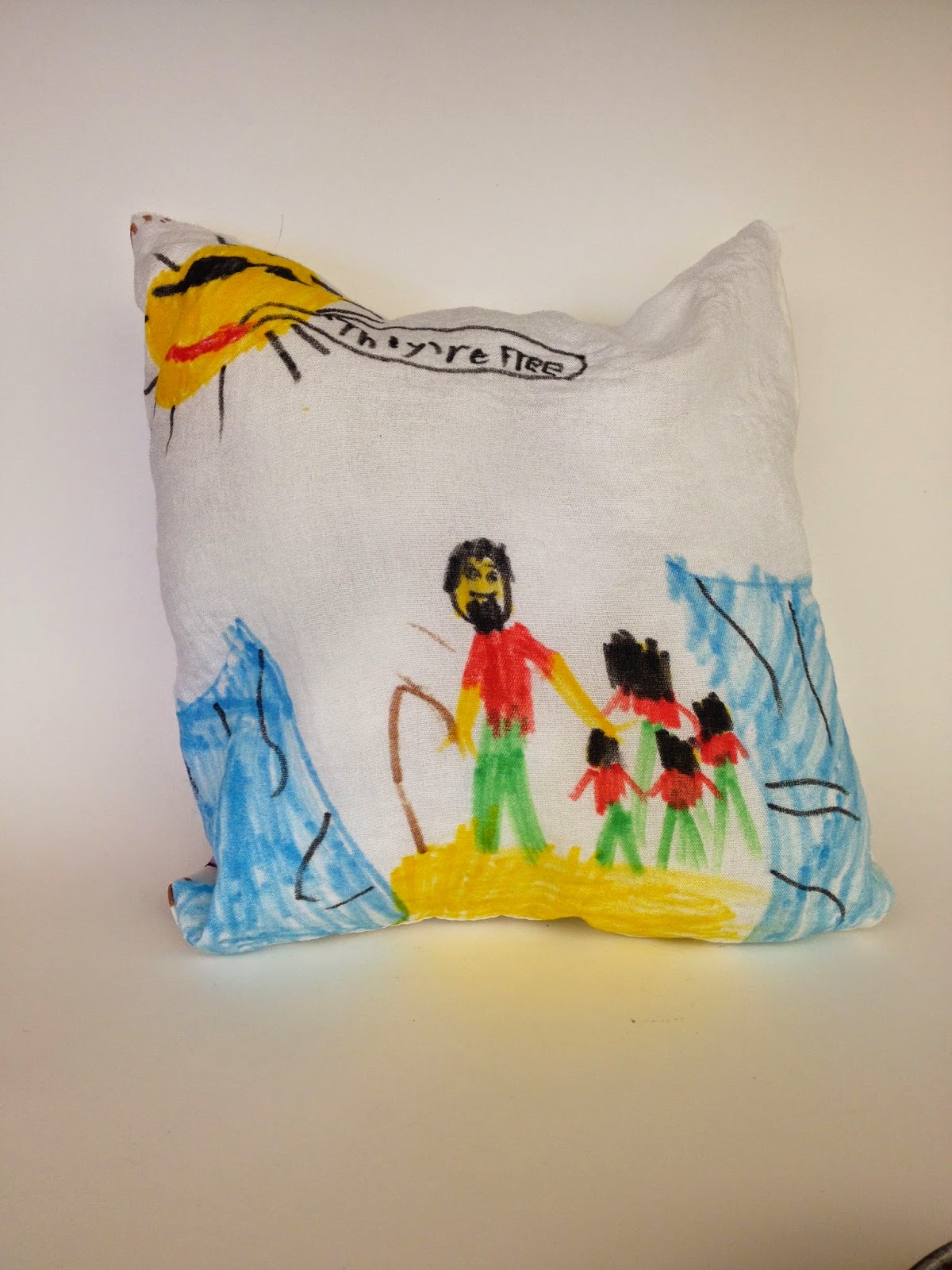 Fourth Grade Millefiori Cane Elijah's/Miriam's Cups
This is an all-time favorite project. Fourth graders rolled contrasting colors of polymer clay together, then sliced up the resulting cane to reveal these awesome spirals. They carefully applied them to the glass. 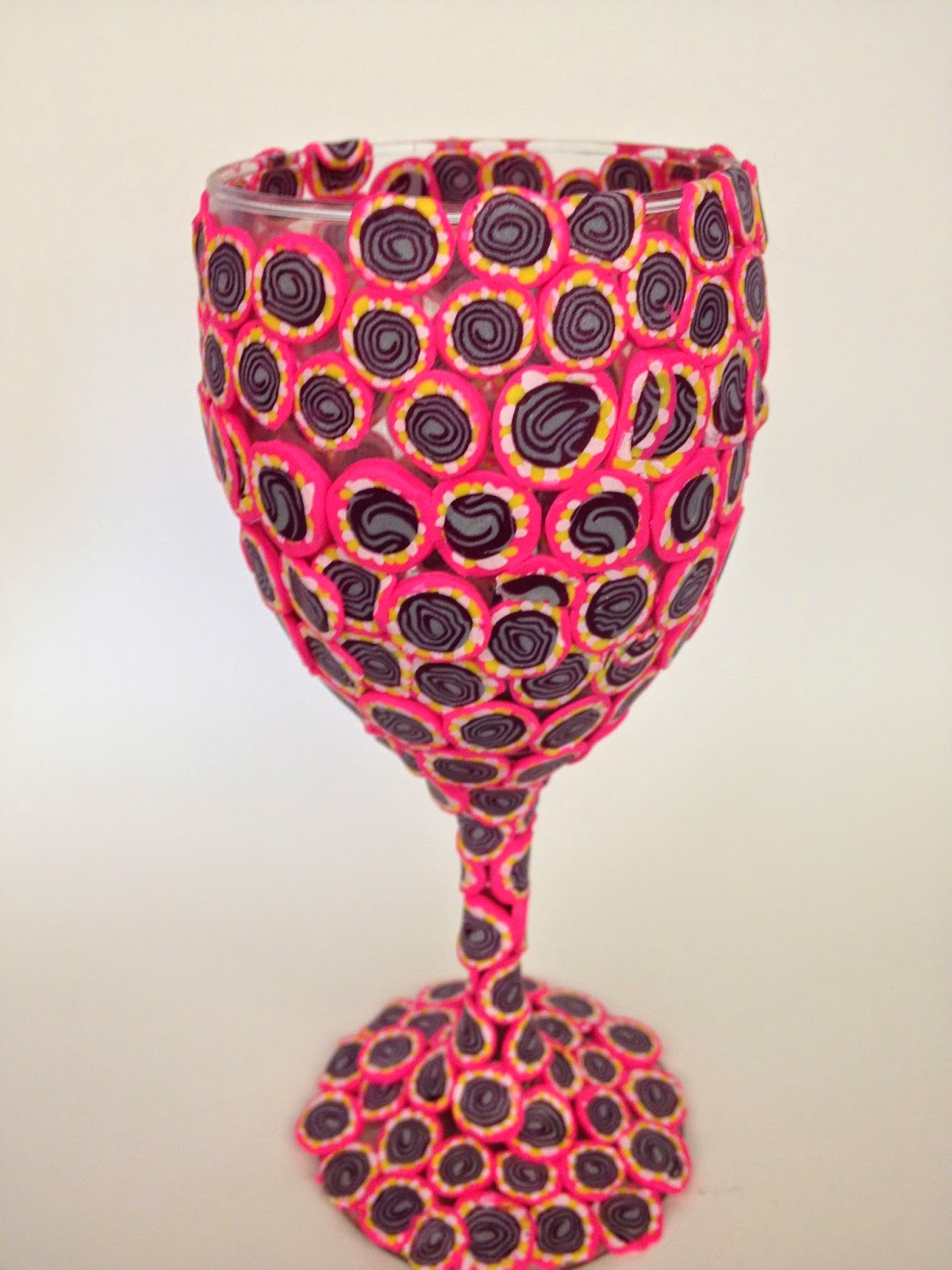 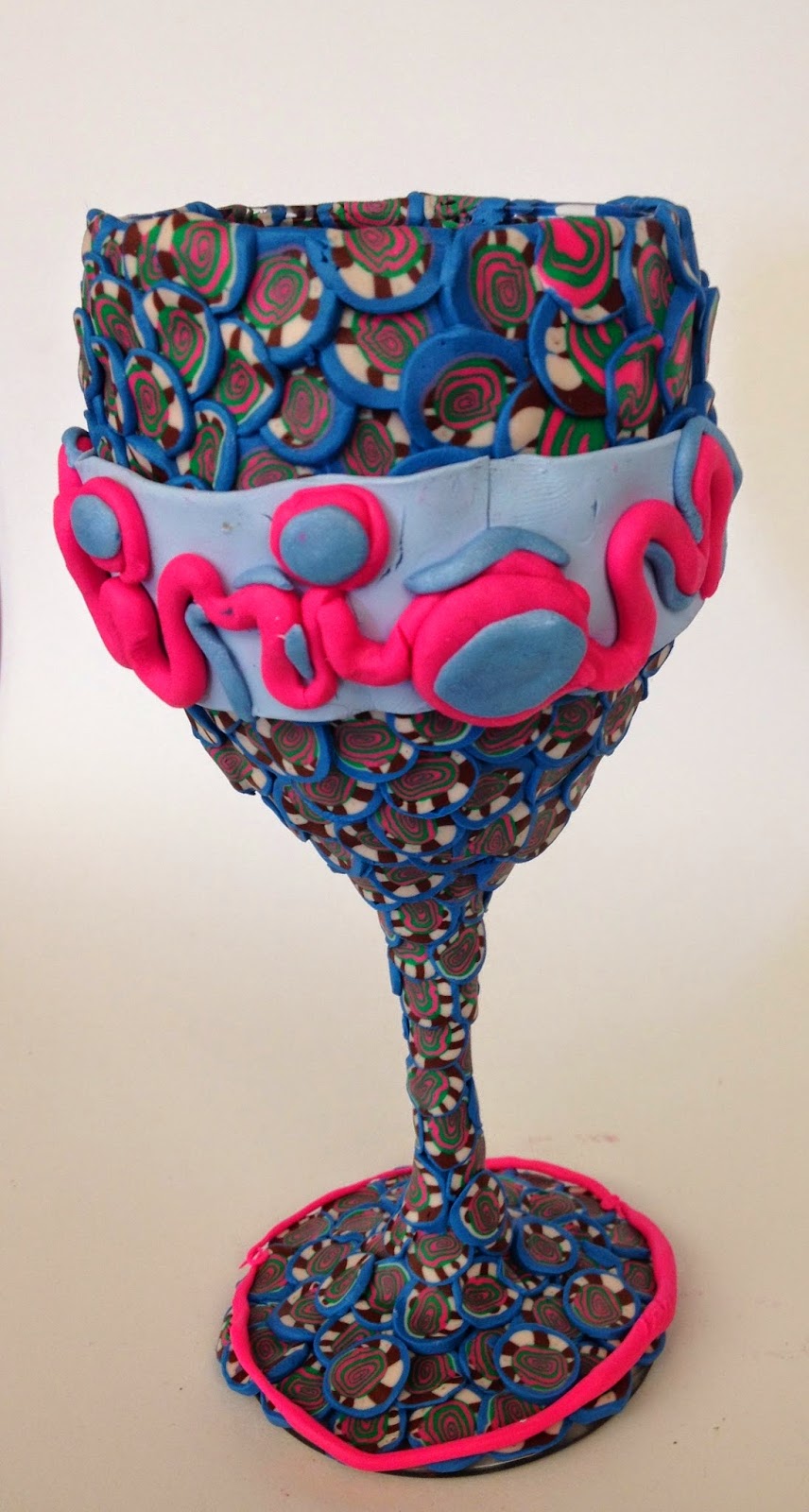 Fifth Grade Op Art Matza Covers
Fifth graders learned about Op Art, an art movement that focused on optical effects.  They saw artwork by Op Artist Victor Vasarely and Bridget Riley, then created their own Op Art pieces with fabric paint. If you look closely, they all read "Pesach" in Hebrew letters. 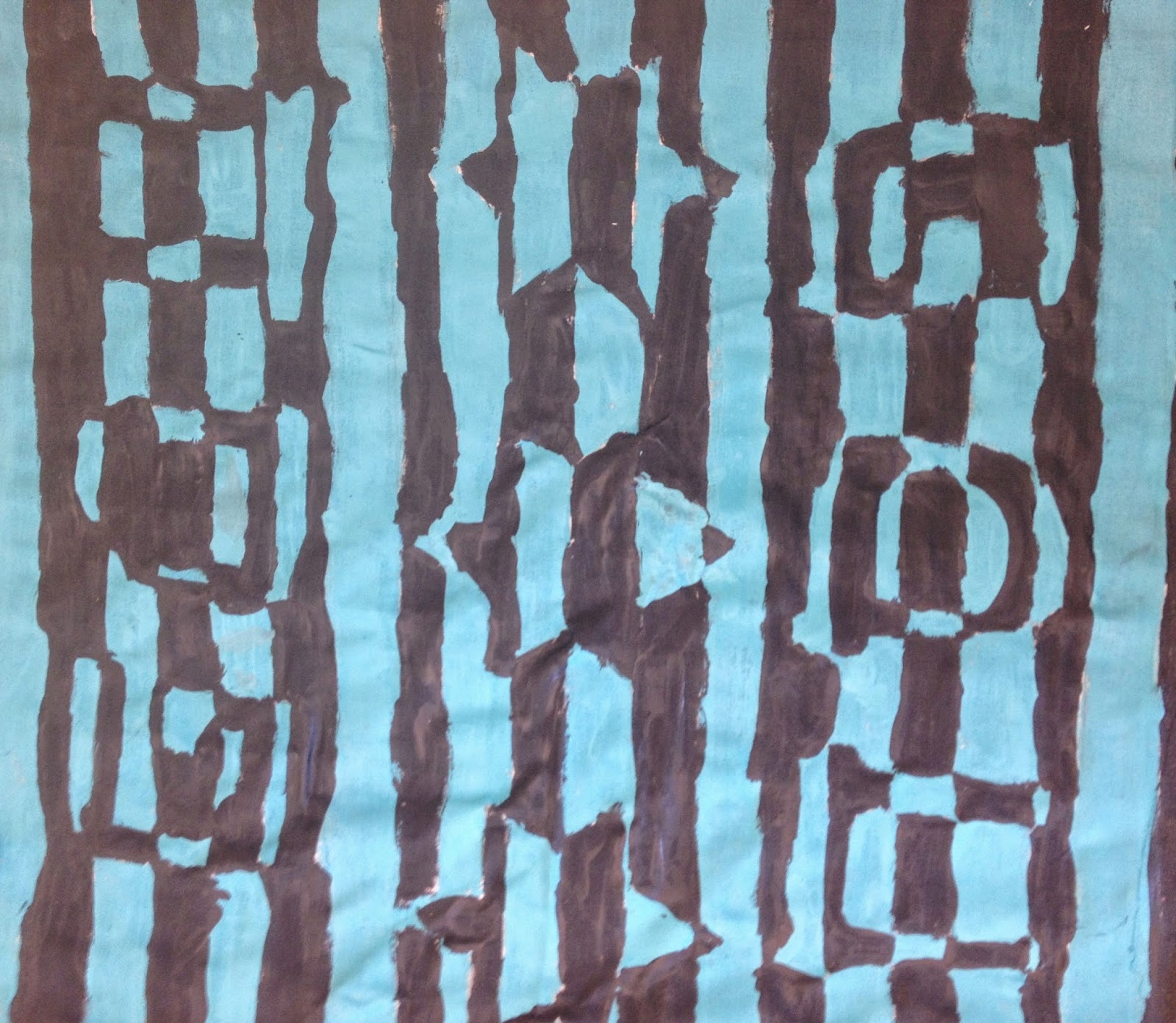 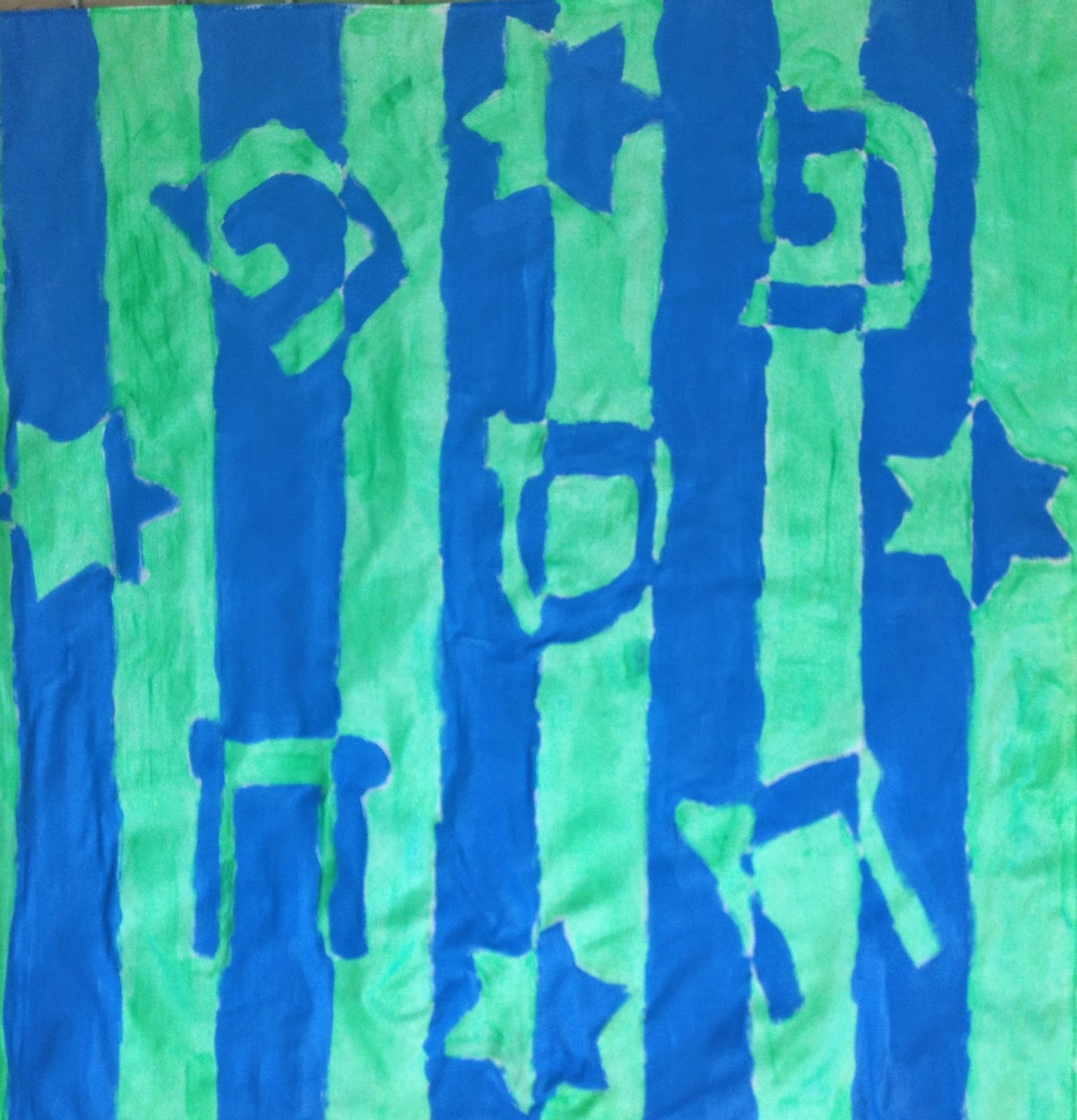 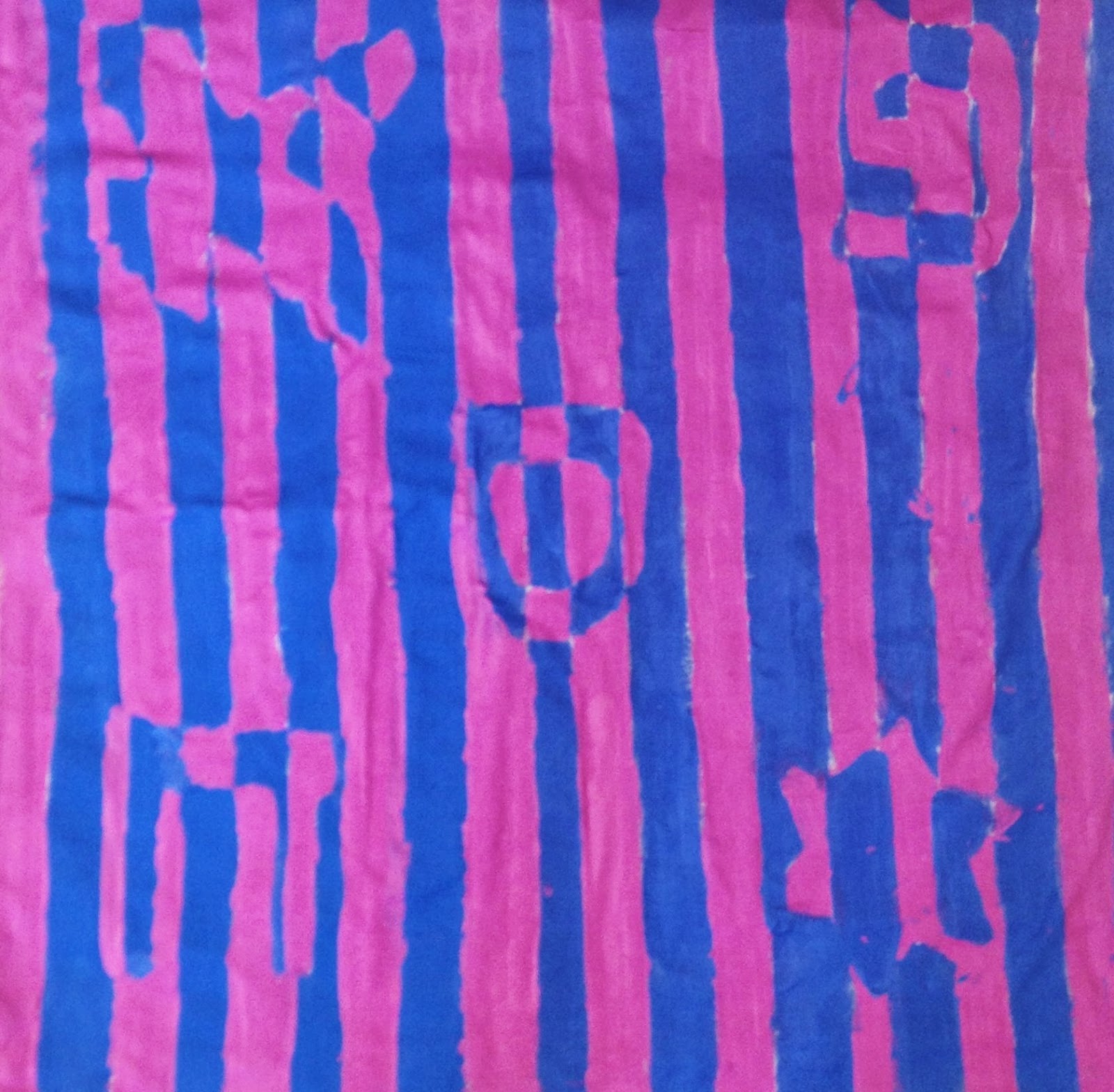 Sixth Grade Plague Dishes
Sixth graders created miniatures of the ten plagues, then glued them to a repurposed paint palette. They can use the small wells to place the ten drops of wine removed in remembrance of the Egyptians' suffering. The sixth graders were very creative and took some artistic liberties, including a  hamburger to symbolize cattle disease, a Pokemon to symbolize wild beasts, and sunglasses to symbolize darkness. 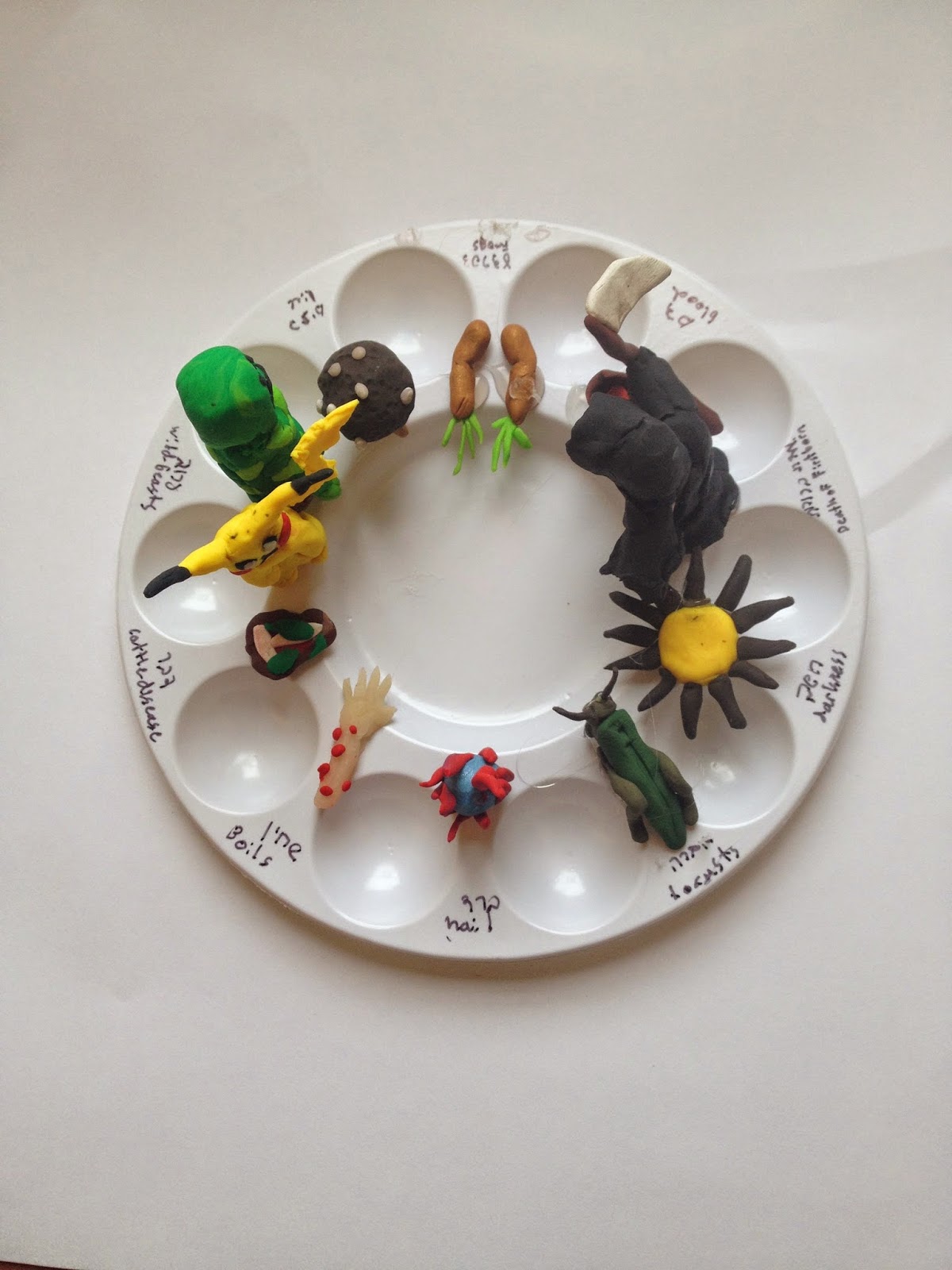 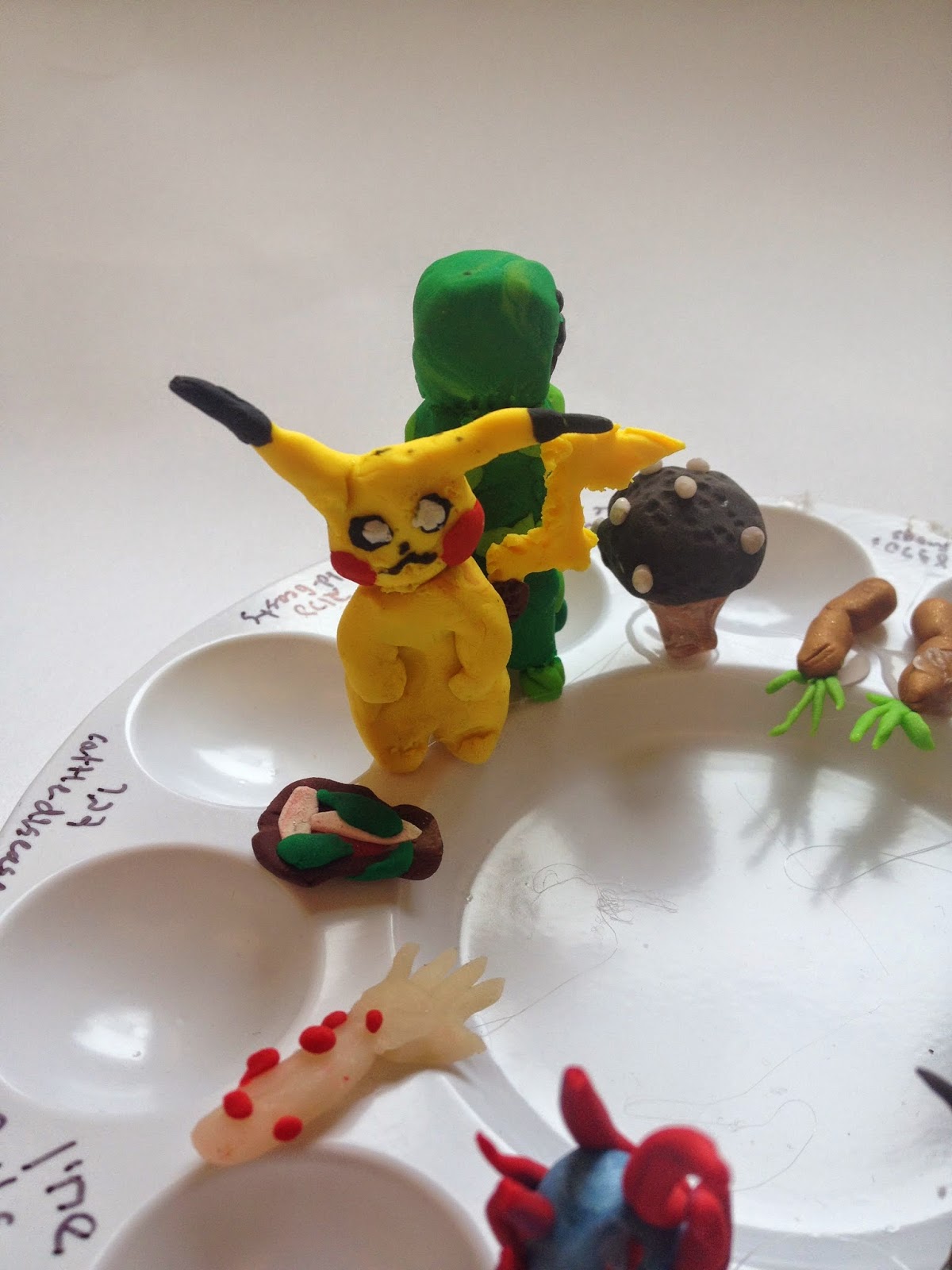 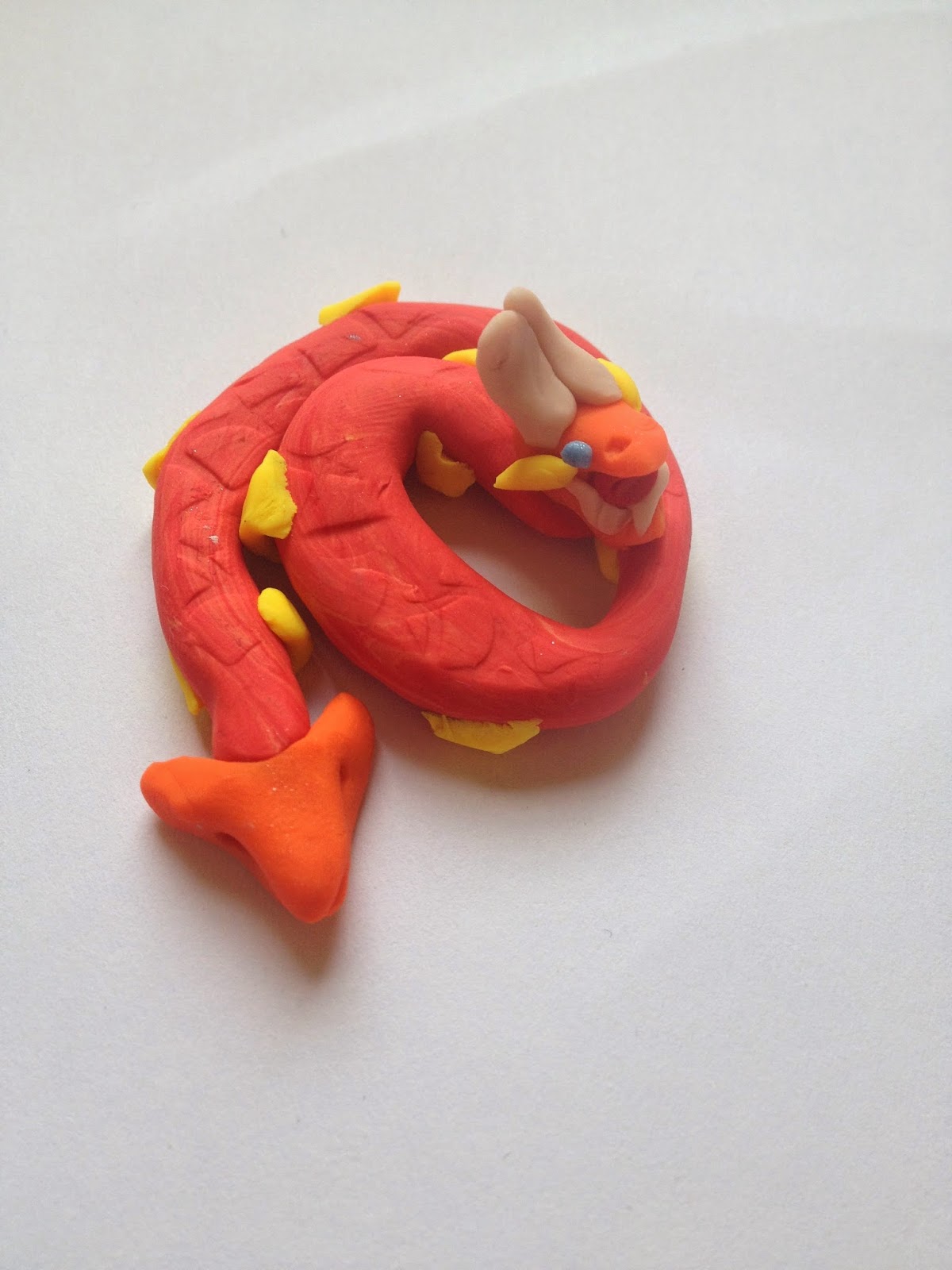 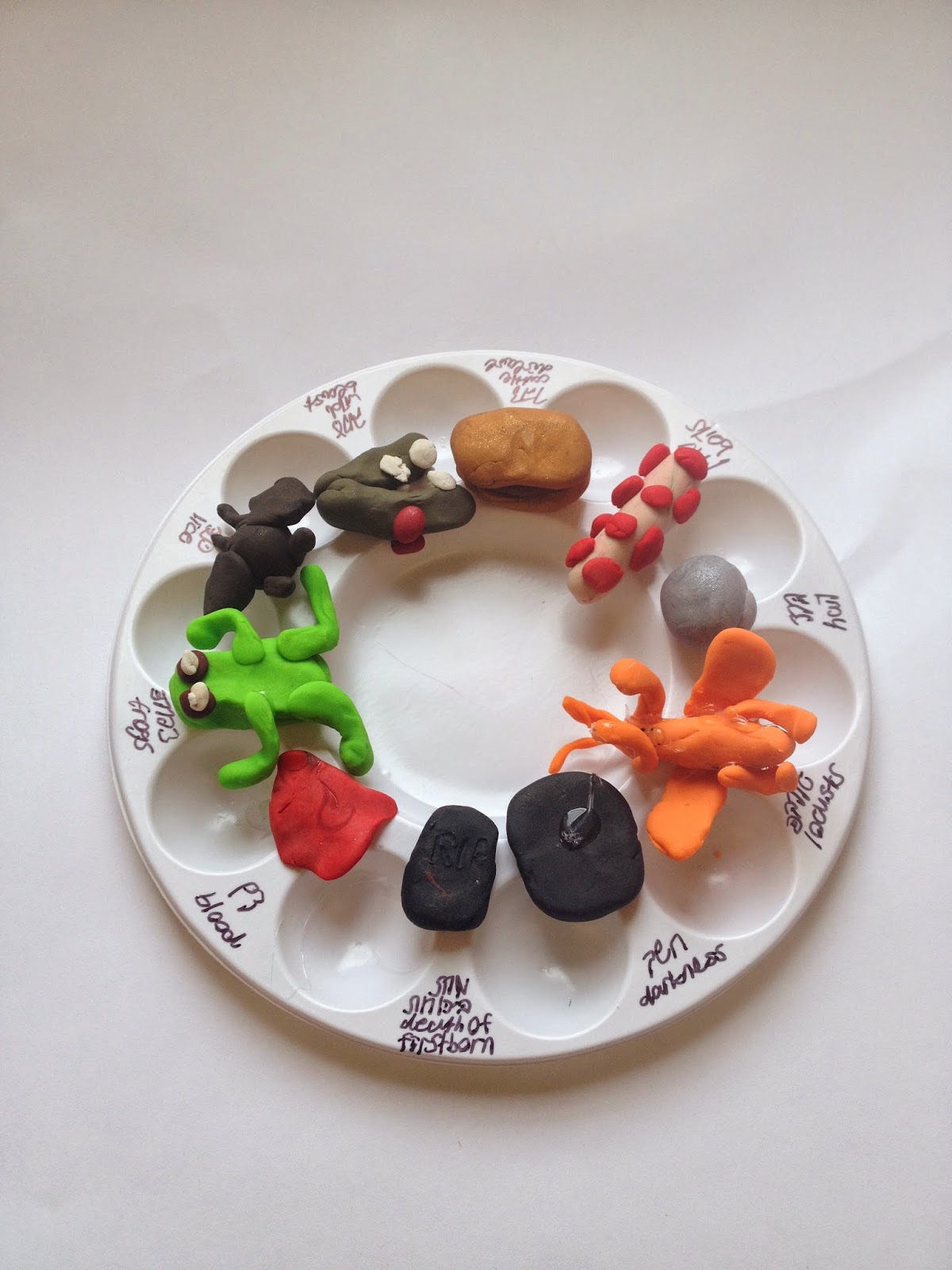 Seventh Grade Resist Painting Matza Covers
This was a new project this year, and I am so pleased with how they turned out. Seventh graders used resist fluid on white cotton banners.  The resist fluid is slimy, then it dries crusty... Needless to say, this was not their favorite part of the project! Then, they painted with fabric dyes. After a spin in the washing machine, the result of the resist is revealed!  The one with the waves has a very interesting story- the student wanted to symbolize the Nile River turning into blood. I love the ombre effect of the dyes on all of the fabrics! I will definitely be doing the project again. 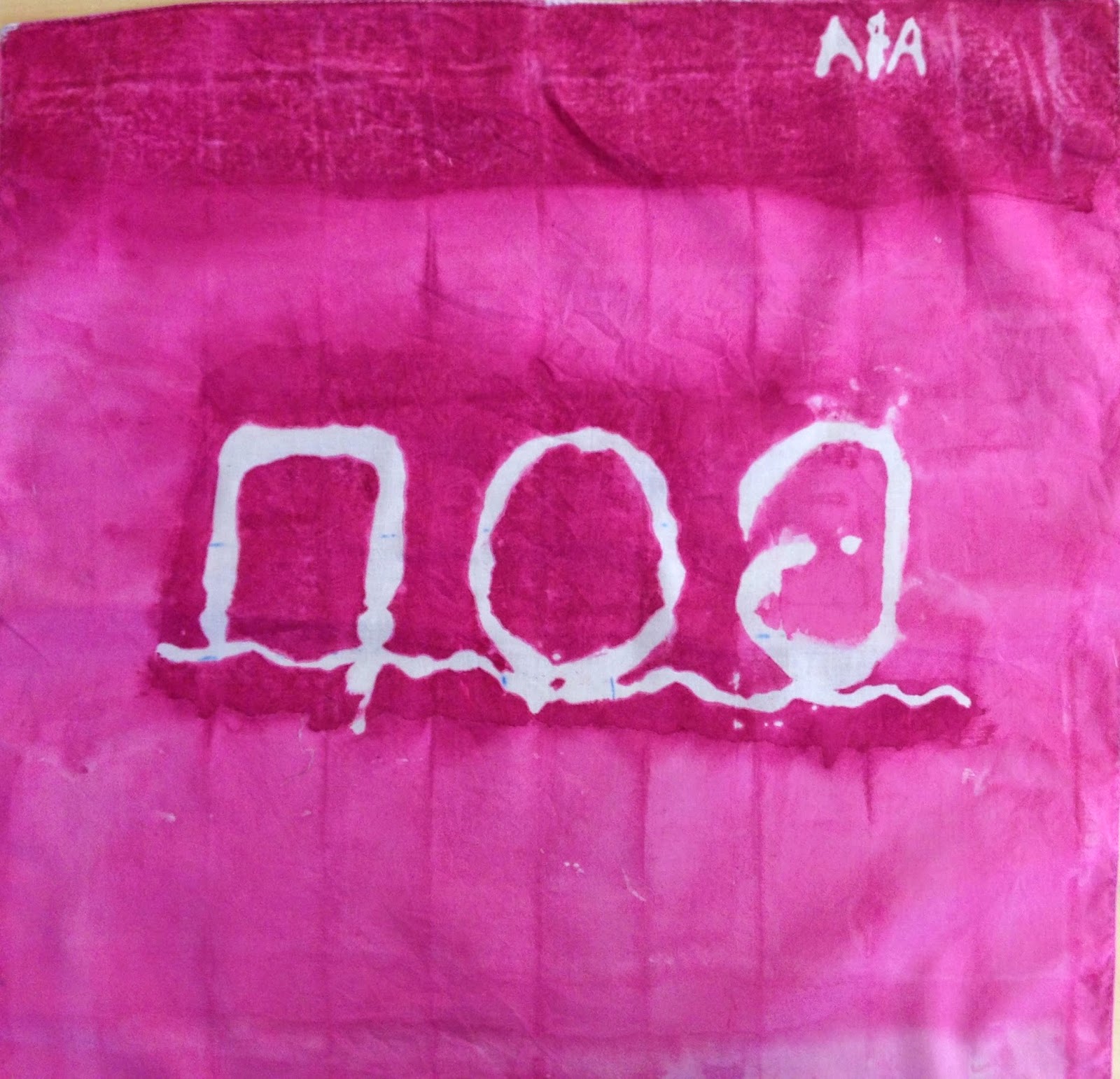 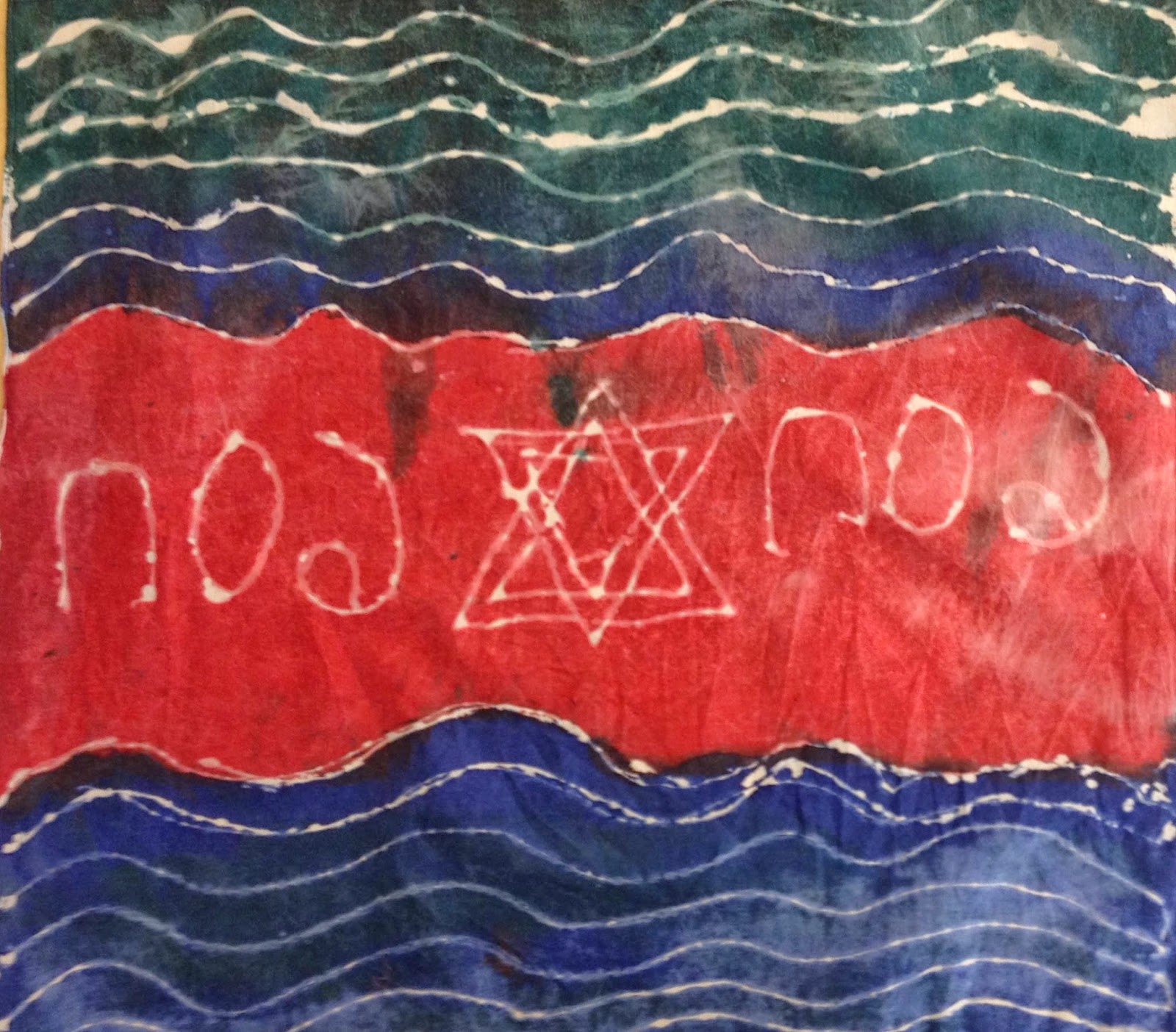 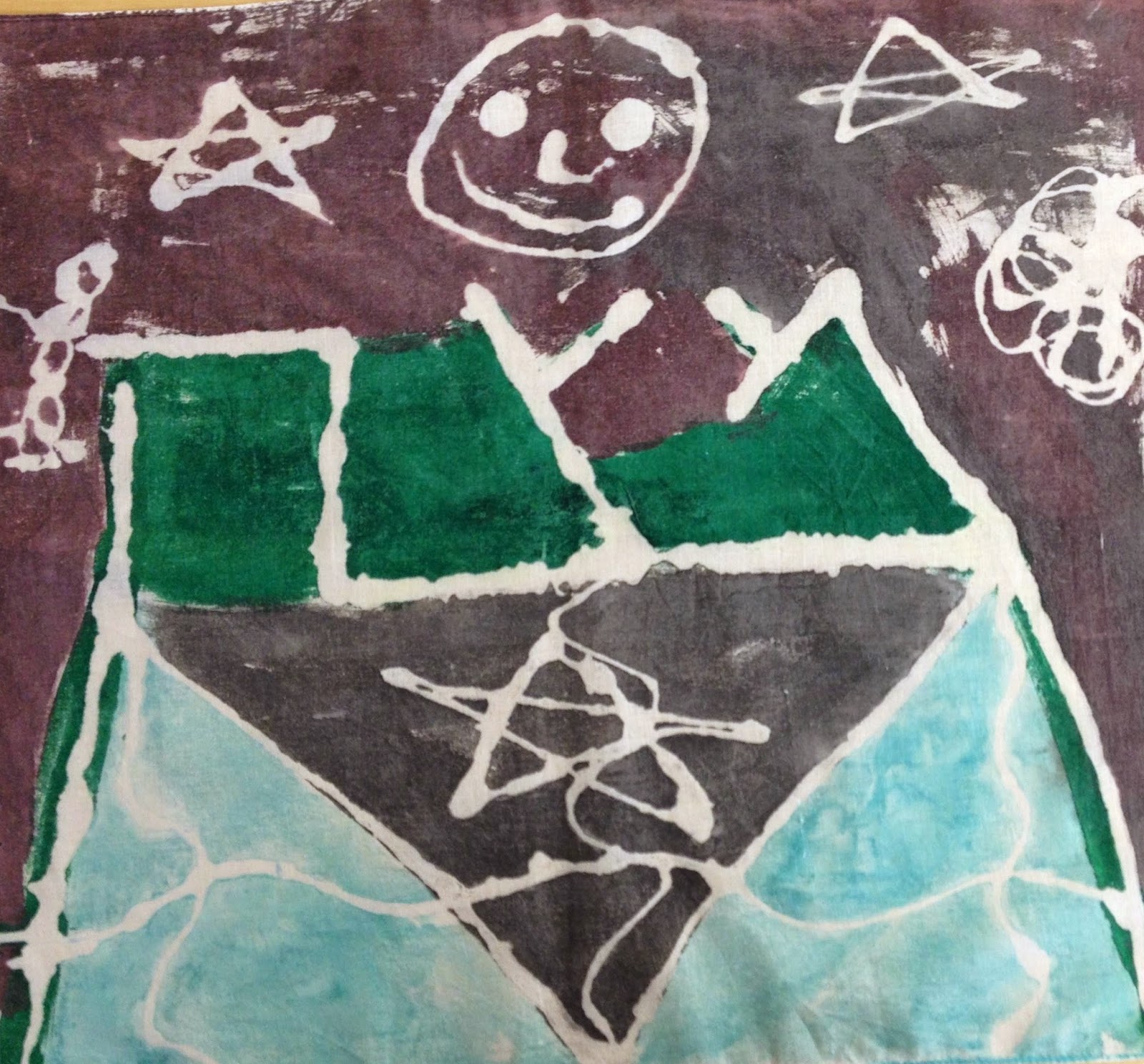 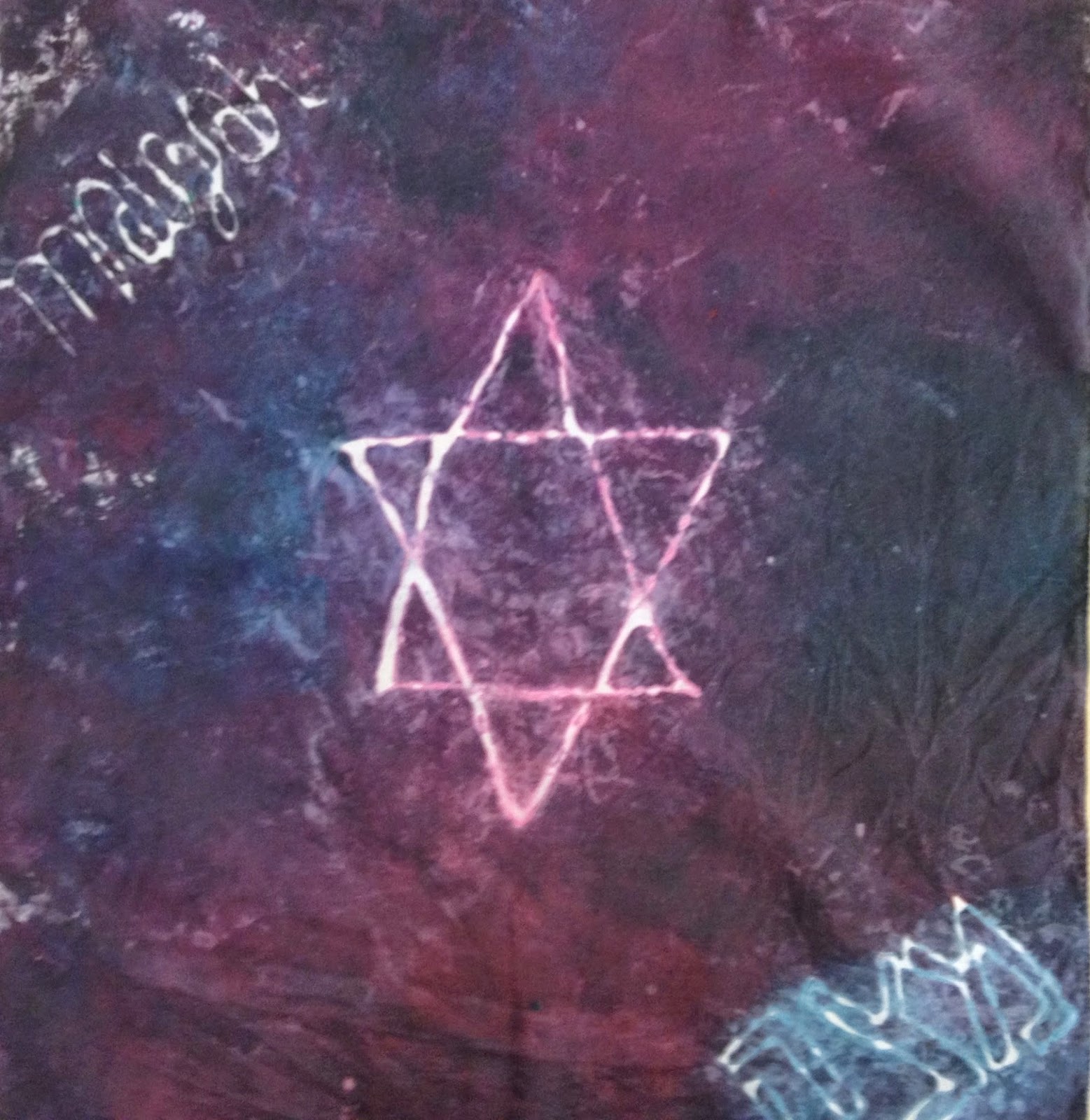 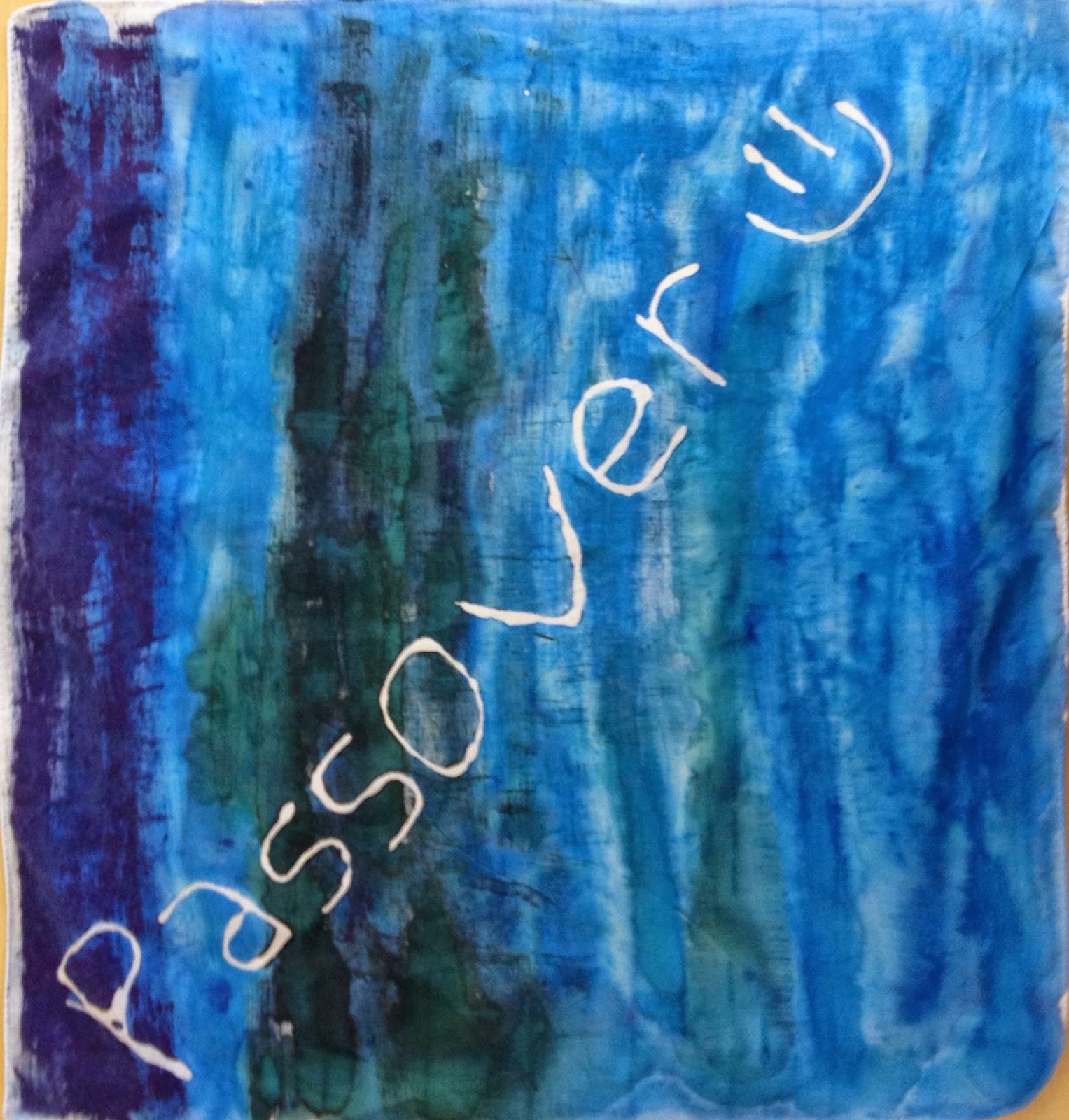 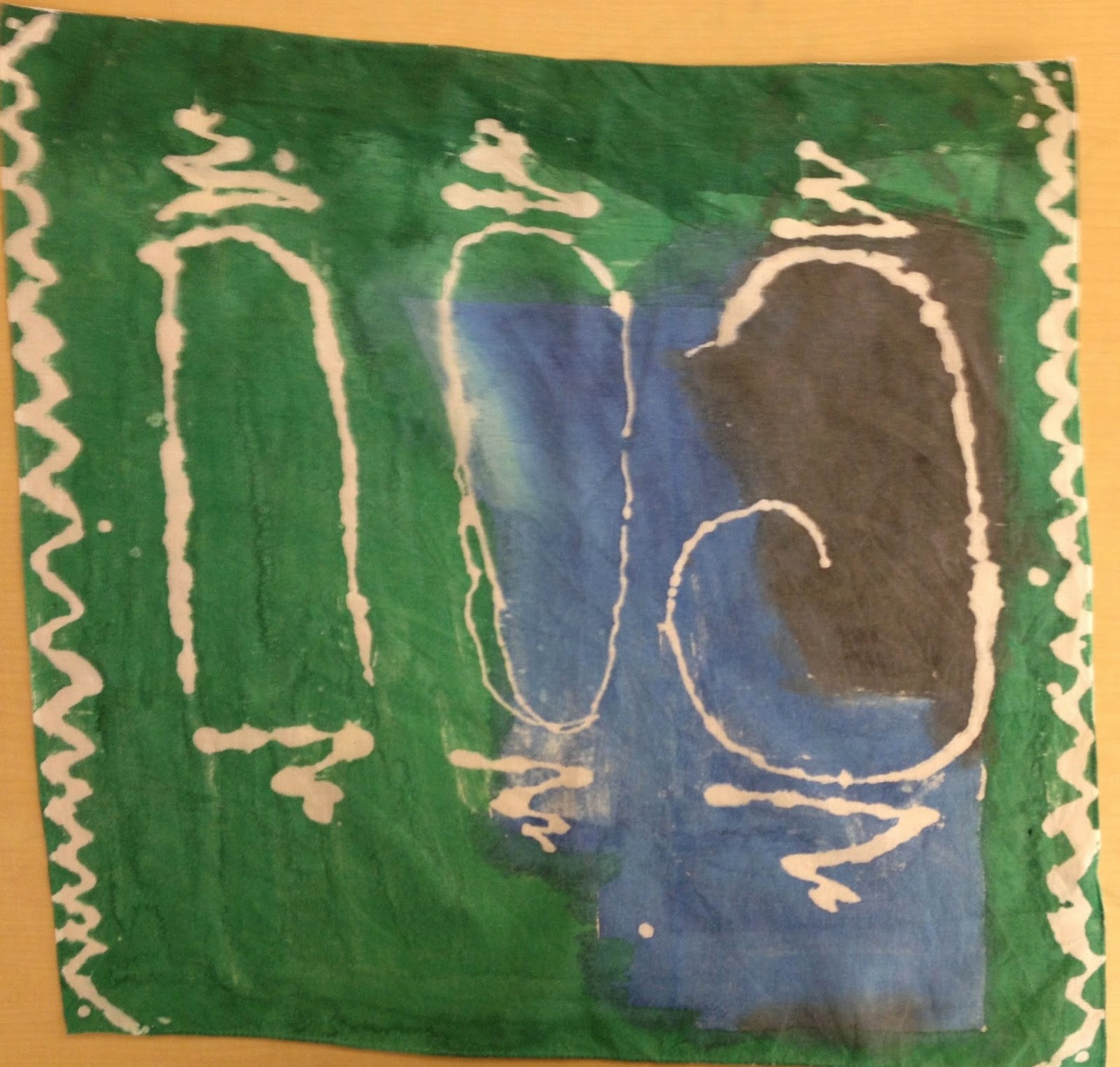 Eighth Grade "Throwback Passover"
This was also new this year- eighth graders could choose any of their favorite projects from kindergarten on. The most popular options were the Elijah's cups, Passover pillows, and plague dishes.